So after finishing last week on a depressing note focused on investor fatigue and the growing threat of the Delta variant, I wasn’t at all surprised to see markets stumbling on Monday, but I must confess surprise in how short-lived the wobble was, with markets finishing the week higher. But I had forgotten just how powerfully ingrained in the psyche of retail investors is the ‘buy on a dip’ mentality. This week is a lesson to everyone who thought the day-trading army had beaten a retreat! They snapped up stocks at record rates pouring around $2.2 billion into equities on Monday alone!**. Even as the stimulus check giveaway fades and the stay-at-home era peaks, the Reddit-fuelled, Robinhood-powered retail crowd remains a force to be reckoned with, this time buying index-tracking ETFs alongside their stock punts. Estimates put a potential figure of $400bn still in storage and ready to deploy for retail investors flush with stimulus cash and pandemic savings.

It’s not just investor psychology at play, there are fundamental reasons to be cheerful as second-quarter reporting season has hit full-stride, with over 90% so far having beaten consensus. Analysts now see annual S&P earnings growth of 72.9% for the April-June period, a significant improvement over the 54% growth seen at the beginning of the quarter, making P/E valuations on the market look less stretched. 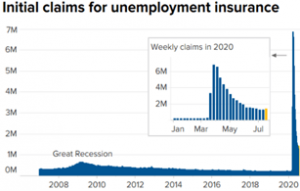 At a macro level, we had disappointing job growth as weekly claims rose for the first time after 15 weeks of declines*, Persistently high unemployment claims show the impact of the spreading virus on the workforce, and economists are already warning that July’s employment report could show no progress or even job losses.

So the Fed is caught between stubbornly high inflation and slowing jobs recovery. Job growth has been their stated primary objective, so I would expect them to be very reluctant to consider tapering asset purchases just yet.

There is still a tug of war for market leadership between growth and cyclical companies, at a fund level it was our growth picks that led the way last week but the battle for dominant style if far from over. Bond yields finished roughly where they started with the US 10 year just below 1.3%***. If, as I suspect might be the case, growth does indeed slow as the virus spreads through the US, then you won’t want to be in the recovery equites and significant momentum could return to Big Tech and the Nasdaq. 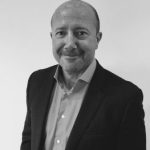 Tom McGrath is the Chief Investment Officer at 8AM Global. Tom has been in the investment management industry for over 30 years and, among his many successes, received the FE Alpha Manager award in both 2012 and 2013.